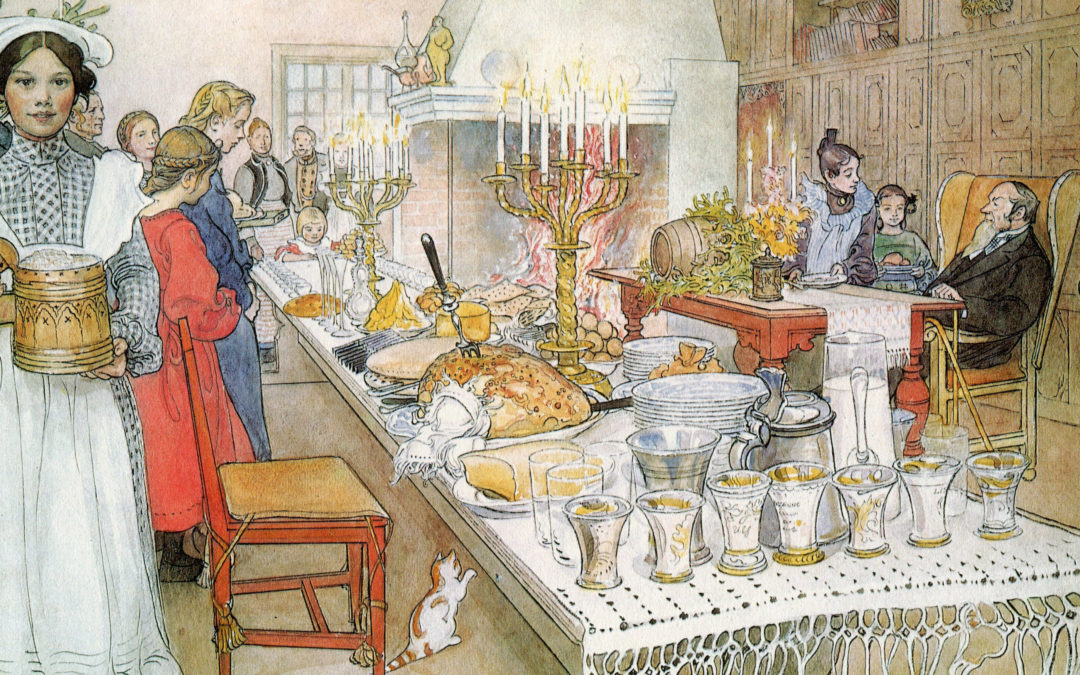 So, there are a few claims that are common in the Alt Right, among the reactionary conservatives, fascists and nazis that I would like to comment a bit on. And this is written with quite a bit of fury behind.
First of all, you claim that you are the only ones who care about tradition, that the left and liberals want to destroy all traditions and do not even recognize or care for their own nation. This is of course utter bullshit. While there may be extreme examples to point to, the absolute majority of people love their country and their traditions, celebrating them at every festivity, both with national, local and private traditions, even feeling pride and peace with it. And we want to continue to do this. A few minor things change in the celebration of them, but that is as it has always been. Most traditions are quite young to begin with, even if we don’t realise it, extending not very many generations back, especially in the shape and form we have grown up with.
And I’ll tell you what else my quite communist ancestors cared about: Seeing their children and grandchildren grow up in a world where not only the rich would be able to vote and to afford education and health, believing that great potential lied in the poor too – a great capacity for achivement, and great intelligence, hindered by poverty, and thus unused by the country, and worse, exploited and repressed by people with far less capacity, just lucky enough to be born into their roles. My grandparents were so poor that they couldn’t afford a flower bouquet for their wedding, and no wedding photo was ever taken. And they worked damn hard, both ruining their bodies before they were 30, all very politically active as Christian communists, deeply rooted in their traditions, working to create a better world for everyone. And they, alongside of other like-minded, against all odds, managed to change our society for the better, at great cost and sacrifice. And now you argue to remove the basic right to vote for everyone, arguing that the things that has made our country so great are evil, pissing on their sacrifice and legacy. It is an utter disgrace.
Another of your arguments is that since perfect equality is not achievable, it leads to obsession with smaller and smaller inequalities, and therefore is not something we should strive for. Of course this is not what we are seeking to begin with. We understand perfectly well that perfect equality is not possible. What we want is for everyone to have a fair chance at a good education, health and a decent life in dignity. Things that have been refused and fought against by the elitist reactionary conservatives for ever, and you now seek to remove again, in the places where it has been installed…
And the sheer hypocrisy of it all truly infuriates me. Seeing your insincere and false display of support for assaulted Jews, and then turning around and to others argue that the ultimate goal must be for all foreigners to return to their homelands, and argue that even those *born* here, but with foreign origin, should be deported if they commit crime, even publicly supporting and seeking political collaboration with a party deeply rooted in the neonazi movement, with such members even now, a party which has argued that Jews living in your country are not part of the same nationality, but are no problem as long as they are not too many, a party consequently strongly opposed by… Jews.
So, fucking shame on you, you quasi-intellectual, arrogant, sly, two-faced and dishonest hypocrite! And Merry Christmas.