Causes for the growth of organized crime in Sweden 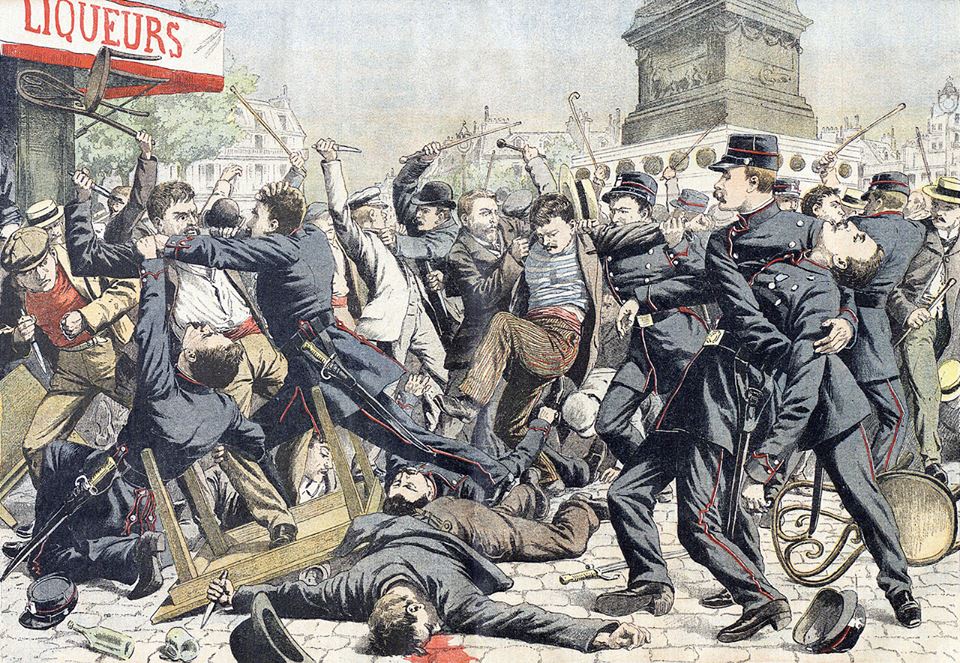 Fuck it I am sick and tired of people arguing that it is the different culture and ethnicity of immigrants that is the current driving cause behind the (organized) crime in society.

Here are some of the real causes also presented by criminologists.

1. Biker gangs establishing themselves in Sweden in the 90s

While there has always been crime in various forms in cities, yes even at a time when Sweden was near 100% ethnically “Swedish”, sometimes even organized (just look at the larger 19th cent cities, e.g. in England, Italy, France and even little Sweden, then smaller than a great many cities are today), it changed drastically when Hells Angels and Bandidos established themselves in Sweden in the 90s. The Swedish police and law failed at countering them, not knowing how to handle this new threat and at the time the war between the biker gangs was quite brutal, with shootings, assassinations and bombings being a common thing, very similar to today.

Drug business was of course the root of all this, commonly sold in the suburbs by these biker gangs. Soon a few unorganized smalltime criminals in these neighbourhoods decided to organize themselves and kick out these biker gangs, and take over the business done in their own areas, and new fronts were added to these wars. The new gangs mimicked the biker gangs, minus the bikes, and initially even wore vests. The hierarchical brotherhood structure was the same, with a president, Sergeant at arms, oaths of loyalty etc, etc.

Over time the wars for control over the drug trade have fluctuated, sometimes calmer, sometimes worse, but generally, the violence inbetween the gangs have gotten worse. For a period they were active in blackmailing local business owners, but this seems less common right now, with drugs being the main focus. The absolute majority of the violent crime is between these gangs. Lately though, violence has spiked, with vendettas going back and forth and the violence feeding itself, with innocent relatives getting caught and killed in the assassinations too in a few instances.

These gangs also contain “ethnic” Swedes and generally do not have a single ethnicity profile.

2. The fall of the Soviet

The collapse of the Soviet quickly led to extreme corruption and to exploitation of people as result. The push from Europe and the US to create a modern democracy out of Russia wasn’t too successful with robbing of the corpse of the Soviet, and organized crime flourished at the same time as Europe was opening up its borders both to Russia and within itself. The Russian mob quickly spread its business over Europe, establishing direct and indirect connections with local criminals.

3. The fall of Yugoslavia
Just like with any war, the legal system gets fuzzy and sometimes even collapses, opening up for a quickly expanding black market creating extremely powerful warlords. Just look at London during WW2, which had effects lasting for many decades after in regards to organized crime. With peace, the criminal warlords remained, as did their means and routes for trafficking goods. And they had connections all over the now borderless Europe to use.

4. Quick expansion of the Internet
This cannot be overestimated. The possibilities for simple, international communication that grew from the 90s made international crime very easy, not least with the growth of the Darkweb and the TOR browser. Impossible to keep an overwatch over and making it dead easy for criminals to communicate and “civilians” to find whatever they want, drugs, guns, stolen objects, prostitutes of whatever age, even assassins.

5. Schengen
Europe opening up its borders is a great freedom for us all, but also a wonderful opportunity for smugglers and traffickers with drastically lowered risks of getting caught, and causing a boom in organized crime as the profit vs risk changed overnight.

To this we can also add minor causes, like the US hip hop culture spreading over the world and in part celebrating a “gangster” culture that became mainstream as record companies sold it through all regular channels, creating extreme role models always talking about drugs, guns and whores and greatly admired by kids, just like Scarface always is a favourite movie among these criminals.

Likewise, unbalanced cities are a problem, especially when you get many quite young in specific areas, and especially when they hang around in the streets and squares with little to do. This is why in my own city, a nice neighbourhood where a lot of young and middle class families with babies and small kids decided to move to, decisions leading to one of the most youth dense areas in Europe, also ended up as the area with most vandalism of cars and public spaces and being the only one where the tram had security guards protecting it from drunken teens brawling and fighting. This with kids from “nice” Swedish families.

Also, the automation of industry is a great game changer, that leads to drastic effects on society. Work places that just some decades ago had hundreds of employees are doing the same work with less than ten people. Some factories appear like shells of ghosts when you visit them, built for ten times as many people who work there today. And hundreds of thousands of simple manual labour job opportunities that used to be available for those with low or lacking education, and immigrants and refugees before simply do not exist anymore.
This is the driving force behind much of the unemployment of today and society and people are not yet managing to cope with these very “profitable” changes and challenges.

These are the main causes behind the situation we have today. not ethnicity or culture of war refugees. This is why you run a six times higher risk of ending up a criminal if you grow up in the rough suburbs compared to the nicer neighbourhoods. This is also why not all neighbourhoods with many immigrants go bad, like my own with a majority of immigrant background. And this is why only a small minority of the immigrants still end up with a life of crime.

And despite all this, we can still handle these criminals, but it wil take some changes, including funding the police properly, which may require more taxes. And we can change the trend where we have closed almost all the public youth houses, and follow the advice which was a revelation in the -40s, a time when youths ran around in the streets breaking shop windows, flipping cars and causing general trouble. A revelation we somehow forgot: That youth houses can calm things down, giving the kids something better to do, letting them meet good role models who work there. And funding social work properly, and not letting kids with mental problems fall through, as is happening today, every fucking day because we “can¨t afford child psychiatric care”, instead pushing them into the hands of criminals which costs us many times more in the end.

It’s a fucking disgrace all over, but not impossible to handle, if we really want to. As a society we are certainly rich enough to do it, but it is so much easier to bitch about jews, niggers or muslims online.

Now,  I am not denying that there are problems with gangs that have a lot of people of immigrant origin. Some of them in part even depend on it. What I am saying is that it is not their ethnicity that explains the evolution of crime. Even today, most of the violence is localized and inbetween the gangs. Shootings and bombings rarely affect “civilians”, other than hurting our sense of security. The recent vendettas are getting more and more careless though, which is disconcerting, but similar to how any vendettas between organized crime evolve.

That said, there are other types of crime too which can be discussed, but few of them truly unique to a certain ethnicity, and much of it relating to either social issues and unbalanced cities with great numbers of people with difficulties finding simpler jobs, or with great numbers of young people gathering, at a time where we have decided to cut back on youth houses and leisure activities for kids, and on physicatric help for kids because we don’t like to pay taxes for it, instead spending it on smartphones, Netflix, broadband, at least two cars, summer houses and yearly trips to Thailand, all of it extreme luxuries compared to both our parents and grandparents who built our society.

Of course once you get this established, then things feed itself, but to break it we need to look at the root causes. These kind of issues grew radically with industrialization and the growth of the cities of the 19th century and existed even long before that too, and we are heading in the that direction again, forgetting the lessons we learned on the way.

And yes these gangs of young men are a serious problem. They are criminals and need to be dealt with, at the same time as we need to remember that the absolute majority of the immigrants and refugees are perfectly fine people that have gone through terrible things to get here.

There is a quite recent development though, with targeting of police, and to a lesser degree of firemen and medics, which is largely a teen subculture of fairly few individuals, not terribly unlike the riots of the 50s, 60s and 70s in the sense that the police and the state are regarded as the enemy by young extremists.

But yes, there is an immigrant problem in certain ways, a problem difficult to avoid if we wish to keep our humanity with the wars happening near and far. Internationally we need to deal with it better, so that the national problems don’t get quite as bad, with forming of ghettos with greater than average unemployment and crime etc. We just have to dig for the actual causes not stopping at the simple surface of things, and see the complexity instead of the simple propaganda used by various groups. Otherwise we are truly lost and put shame to what our grandparents fought for during ww2.