Here am I with a babel of noise 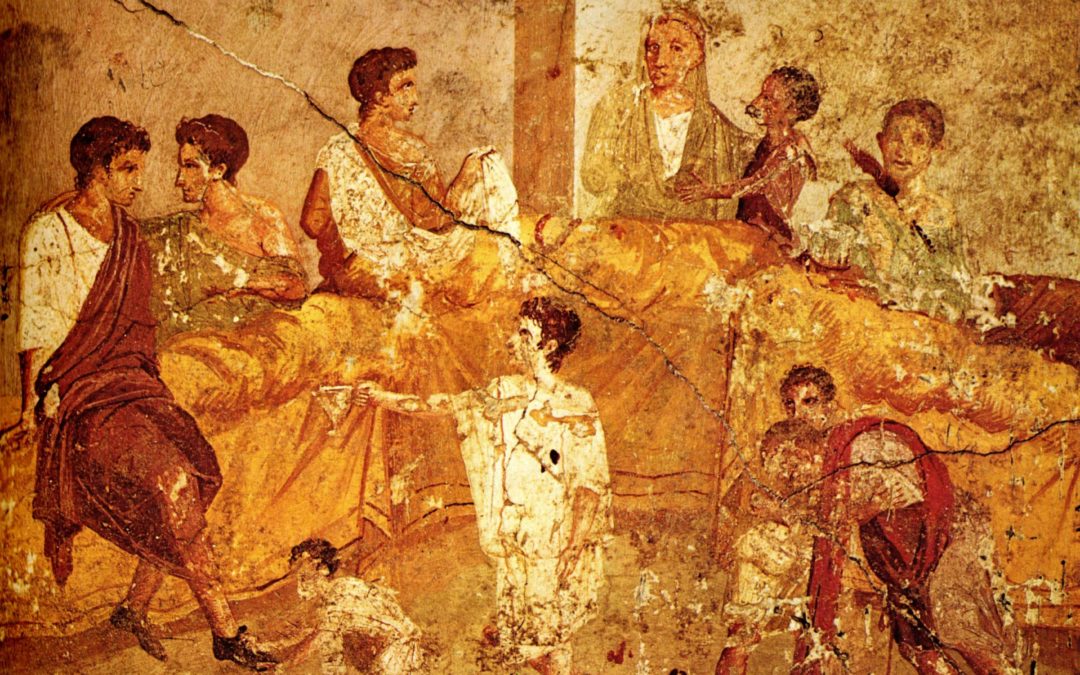 I cannot for the life of me see that quiet is necessary to a person who has shut himself away to do some studying as it is usually thought to be. Here am I with a babel of noise going on all about me. I have lodgings right over a public bath-house. Now imagine to yourself every kind of sound that can get you hating your years. When the streonuous types are doing their exercises, swinging weight-laden hands about, I hear the grunting as they toil away – or go through the motions of toiling away – at them, and the hissings and strident gasps every time they expel their pent up breath. When my attention turns to a less active fellow who is contenting himself with an ordinary inexpensive massage, I hear the smack of a hand pummeling his shoulders, the sound varying according as it comes down flat or cupped. But if on top of this some ball player comes along and starts shouting out the score, one’s done for! Now add someone starting up a brawl, and someone else caught thieving, and the fellow who likes the sound of his voice in the bath, and the people who leap into the pool with a tremendous splash, going beyond from those sounds which are, if nothing else, natural, call to mind the hair remover, repeatedly giving vent to his shrill and penetrating cry the better to advertise his presence, never silent unless it be while he is plucking someon’s armpits and making the client yell for him! Then think of the various cries of the man selling drinks, and the one selling sausages and the other selling pastries, and all the ones hawking for the catering shops, each publicizing his wares with a distinctive cry of his own.

‘You must be made of iron’ you may say, ‘or else hard of hearing if your mind is unaffected by all this babel of discordant noises around you, when continual “good morning” greetings were enough to finish off the Stoic Chrysippus!’ But I swear I no more notice all this roar of noise than I do the sound of waves or falling water – even if I am told the story of a people on the Nile who moved their capital solely because they could not stand the thundering of a cataract! Voices, I think, are more inclined to distract one than general noise; noise merely fills one’s ears, battering away at them while voices actually catch one’s attention. Among the things which create a racket all around me without distracting me at all I include the carriages hurrying by in the street, the carpenter who works in the same block, a man in the neighbourhood who saws, and this fellow tuning horns and flutes at the Trickling Fountain and emitting blasts instead of music. I still find an intermittent noise more irritating than a continuous one. But by now I have so steeled myself against all these things that I can even put up with a coxswain’s strident tones as he gives his oarsmen the rythm. For I force my mind to become self-absorbed and not let outside things distract it. There can be absolute bedlam without so long as there is no commotion within, so long as fear and desire are not at loggerheads, so long as meanness and extravagance are not at odds and harassing each other. For what is the good of having silence throughout the neighbourhood if one’s emotions are in turmoil?

– Seneca in private letter to the boy who would become Emperor Nero (transl. by Robin Campbell)