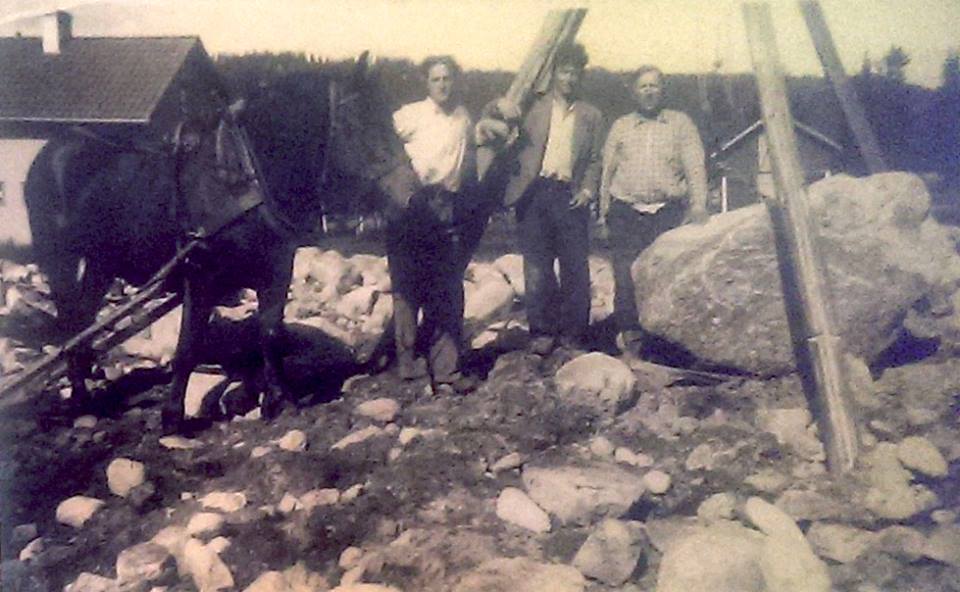 While some of my role models in life growing up were fictional characters, there were of course also real life people important to me. Obviously, my parents. My father was and is an amazing man who always supported both us kids, taking us to training and me to my, at times, almost weekly shooting competitions for nearly 15 years, and helping his wife a lot since she always had some serious side effects from the diabetes that eventually took her life at much too young age. He worked hard and still does, despite having retired. He has had a rough life in many ways, but still keeps an amazing attitude to things.

My mother was the one who got me to read and study. No one in our family or among our relatives had studied at university before so it was a big thing when I did. It meant moving away only meeting my parents once a year at most, and as a parent now I can’t really imagine that kind of sacrifice and sense of loss, meeting your child so rarely. She died shortly after that which has been an odd sort of disconnected guilt ever since.

My grandparents on my mother’s side were also a huge influence on me. They were extremely poor, but worked hard in a society that had little care for the very poor, first as child labour, never getting any education, but scraping up enough money to build their own house themselves with granddad even pulling rocks out of the ground by horse. They were to a large degree self-sufficient with a full garden with potatoes, beets, carrots, raddish, cabbage, apples, strawberries and raspberries. They used a horse to plow. There are only a rare few photos of them before they are in their mid 40s as they couldn’t afford it. Not even a wedding photo.

All of them were communists, but not the kind that people tend to think of. They were the “roots up”-kind, growing from the ground up. They were sprung out of a very harsh society up north where people mostly lived and died in the very circumstances they were born in, and were brutally exploited with their bodies worn down from work before the age of 25-30. Physically, my granddad was a broken man by that age, having worked in the wood industry since the age of 5. They believed in building a different society, where everyone had a right to even advanced education and decent healthcare. Where people cared about even strangers without expecting anything in return, because it was the right, humane thing to do. It is a basic idea, shared by the big religions too, living or dead.

Now, I am not a communist or even a socialist myself. Never been part of any political organization. I believe in some of the basic values, but unfortunately I also believe people will fuck up any ideology as there are always people who seek to control others, using religion or politics to do so. It is why I am strongly allergic to idealists who promote or prescribe to ideologies and political parties/theories, especially those who extend it towards morality and making definitions on “good” religion, culture and art. I hate the direction society is taking, with increasing egocentrism and, not racism, but a lot of xenophobia exploited to control society. People are letting themselves be manipulated by greater powers who use the old divide and rule trick to seize power. Times are very dangerous and serious and I really hope there will be a turnaround soon, but I fear it will get a whole lot worse first. Meanwhile I will try to at least push for some positive things together with some friends. Not much else one can do except for working at smaller scale where one stands.

Enough with the morning rant. Been a while since last though.