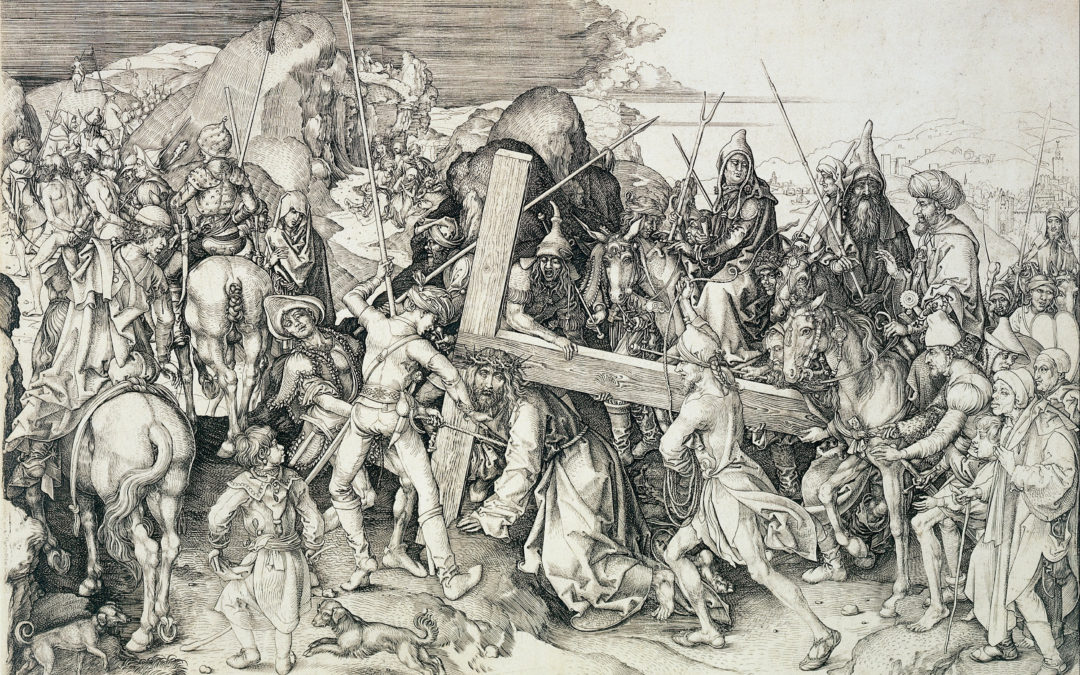 Always follow these two rules: first, act only on what your reasoning mind proposes for the good of humanity, and second, change your opinion if someone shows you it’s wrong. This change of mind must proceed only from the conviction that it’s both correct and for the common good, but not because it will give you pleasure and make you popular.

The quote and the art by Martin Schongauer are chosen to represent ideas which revolve around a few different topics. First of all hypocritical kindness to strangers, extending it only for personal benefit. See for instance in Grimnismál where King Geirröd makes a fool of himself by treating his guest, Odin in disquise, unhospitably and badly, and as a consequence loses all of Odin’s support, falling on his own sword, literally. A similar sentiment can maybe be traced in the ultimate betrayal of mankind, not recognizing the Son of Man, neither his divinity, nor his humanity. The outcome is of course different, as the sacrifice of the latter also saves mankind, while the former story is less hopeful. Both, however, revolve around people who unknowingly treat the important and divine badly, in a way they would never have, had they realized who they faced, thus exposing the hypocrisy of it all. Divinity can hide itself under the cover of rags and filth, catching us naked in our false kindness which we only extend to our peers and those above us. True kindness is extended to everyone, expecting nothing in return, not even satisfaction.

Likewise, doing what is good and right, might not make you popular. In fact, it may well do the opposite, as it can expose hypocrisy and guilt in others, leading to anger, and it may well come in conflict with the common norm, with the ideas accepted by the majority, but other’s perception of your actions should not be a factor in your decision making. This however, does not mean you should not listen to others. You should, but always guided by your sense of what is right, while not letting your vanity or pride come in the way.